Dead Centre & FRINGE LAB are joining forces to present a live streaming workshop. Video designer Jack Phelan and sound designer Kevin Gleeson, the team who created To Be a Machine (Version 1.0), will present an accessible, useful introduction to low-cost, high-quality DIY streaming for live performance makers. They’ll walk you through the basics, opening up the possibility of innovative approaches to live streaming to small companies and individual theatre makers alike. Jack and Kevin will cover capturing live video and audio, cueing with QLab and streaming to platforms like YouTube and Vimeo.

This workshop will be delivered online and will last approximately two hours. It is best suited to Mac users due to the use of QLab. As each session has limited numbers, it will run twice: on Tuesday, 16 February at 11am and Wednesday, 17 February at 6.30pm.

Places are limited. To apply for a place, just drop an email to ciara@fringefest.com with a few lines about your current practice and your interest in live streaming as well as your preferred date to attend by 2pm on Friday, 12 February. 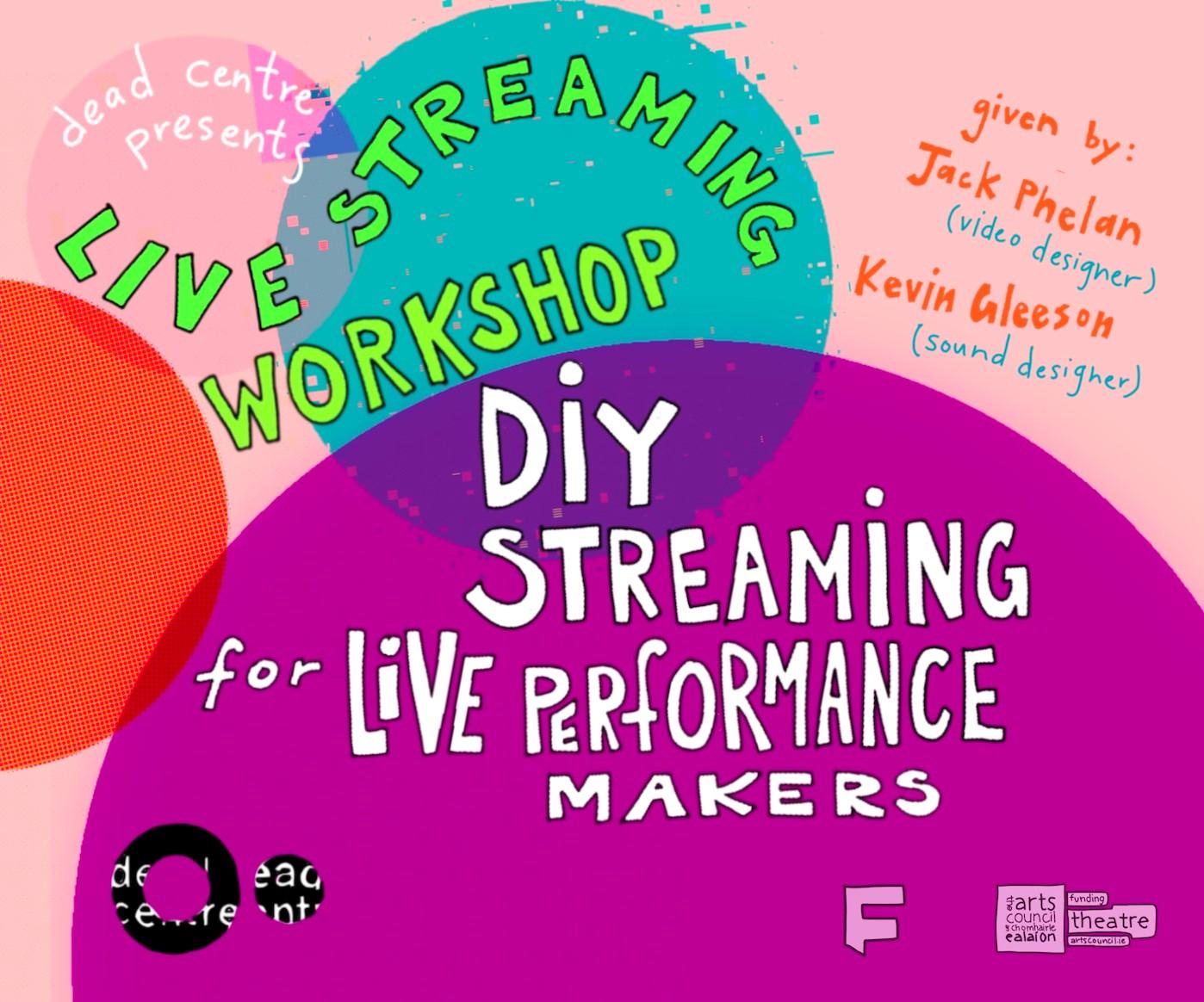 DEAD CENTRE
Formed in Dublin in 2012, Dead Centre are Bush Moukarzel, Ben Kidd and Natalie Hans. Dead Centre's first project, Souvenir, was created for Dublin Fringe Festival in 2012, where it was nominated for 3 Awards. Their next show LIPPY was also presented at Dublin Fringe and went on to win Irish Times Best Production 2013. They have also made work internationally at Schaubühne, Berlin and BurgTheater, Vienna. Their projects have toured throughout the world including New York, Hong Kong, Russia, China, Australia, France, Estonia, Holland, Romania, Germany, and throughout the UK. Most recently, Dead Centre produced To Be A Machine (Version 1.0) for Dublin Theatre Festival 2020 and at BurgTheater, Vienna in December 2020.

It's the Spark that lights the Flame that sets off the Firework!
Join us as a Fringe Friend and help us to keep her lit! 🔥